A Tale of Two Cities

For the first time in the history of this blog I posted a entry and then pulled it down. Some of my more ardent readers took issue with the quality of the argument and although I had spent some chopping and channeling it might have not been ready for public consumption. This is a second and final pass.

I don’t like writing about the pandemic. The meniscus on treatments, lockdowns and hospital case loads shifts daily. Too much thinking about it leads me into very dark, anxious places. A couple of nights ago I was out with a group of people and one of the women at the table got right into the conspiracy theories the minute she sat down. There’s something in the swabs, the nasal test gives you brain damage, the vaccines are really part of a depopulation program, that colloidal silver you’ve been taking will kill you, COVID can spread to your clothes… enough.

Yes, the fact that a) I was out, and b) I was out with people, might have been a clue that I’m not in Kansas anymore. I’m in Miami and this is not a vacation per se but a bona fide sabbatical. Not that I have to justify anything. I earned this. This is my second winter here, in Miami Beach to be specific, for reasons that are obvious to anyone who has watched a Canadian TV weather report in January. In my religion this is ‘The Land Of Our People’. However, for the purpose of this discussion, we will put the balmy clime aside and make a qualitative and quantitative comparison to what passes for life here versus that in Toronto. I will stick to the facts.

From the minute I got off the plane in Fort Lauderdale the differences in social distancing were quite a shock. From the scrum at the rental car shuttle to the lineup at the Budget counter, there was no difference from what I experienced a year ago. Maybe the plexiglass partition at the counter was new. But that was about it. And although Florida has a blanket mask law in public places, there were very few masks in use in the airport. I imagine people were taking the word ‘vacation’ as a totality and I do empathize. No point spending thousands of dollars to feel guilty because your N95 that you had just worn for several hours on a plane while cultivating a nice veneer of ‘maskne’ had slipped down to your navel. Whatever. That changed once I was settled. Mask wearing on the street is de rigueur for the vast majority of people outside their home. And it’s a fair trade off because virtually everything is open, from the restaurants operating at full capacity to stores to bowling alleys to gyms, to tennis courts, to movie theatres to, wait for it, schools. This is a Red State and the Governor, Ron De Santis, after some severe shutdowns in the early going, made the calculated decision that a fluid economy was more important to the well being of his people than the possible casualties that might go with the surge that could result from such a radical strategy. Let’s see what the collateral damage is.

Miami’s population is close to Toronto’s, 2.71 million vs 2.93 million. Again, just talking inside the city limits here. In Miami-Dade county, as of January 27, 2021 there was a running total of 366,126 cases. In Toronto, as of the same date there had been 84,653 cases. Miami’s death tally of 4,797 was, at this writing, just double Toronto’s 2,402 fatal outcomes. A lot of old people live here. Or used to. Not sure there’s enough statistical evidence on the deaths to justify the lockdowns in Toronto right now and for the foreseeable future. Again, not sure.

The state of Florida has given 7.5% of its population one dose of the Pfizer (or Moderna) and about 1.3% has had a second shot as of January 30th (NYT source). Ontario, by comparison, has vaccinated just 2.3% of its people with one shot. Only about .66% have had the second shot. In Ontario about 100,000 people have had both shots. In Miami-Dade alone its close to 90,000. But vaccine supplies have gone sideways in both Canada and Florida so it’s early to predict who is going to do better in the long run. However, we in Ontario pay over 30 cents of every tax dollar to health care and for that we deserve better. Vaccines are free here against a mostly private health care system. Somebody calculated that at this rate, according to a current article in the National Post, Canada is looking at seven years until we get herd immunity. Whatever, this year is a write-off.

Ultimately, it’s the federal government that has to take the blame for this. The fact that Justin Trudeau has asked Joe Biden to spot him some dosage – Joe rightfully told him where to stick it – and then had the gall to approach the COVAX people to divert vaccines earmarked for developing nations to Canada is enough to prompt an election call. The best Trudeau can do is throw shade on the small community of Canadians who exercised their right to snowbird, seek medical help unavailable in Canada, do business, visit failing relatives etc. outside the country and create a new criminal class who have to surrender to a long weekend (on their dime) in a Hanoi Hilton even if they show up with a negative test (and a vaccine). This is the worst kind of scapegoating and I hear now that the pause button has been pushed on the whole spiteful idea because it kind of violates our basic human rights as Canadians.

So what are we to make of this ball of confusion as the song goes?

Personally, I am worried about the future of civil liberties, the basic premise of free speech, the end of travel and international experiences. I am worried for the quality of life my kids will end up with.  Then there’s the years children cannot get back. The sports, the birthday parties, the summer camps, the thrill of living to be blunt. Teen suicide rates, divorces, psychiatric trauma are all on the rise. Why pay university tuition if your kid is going to sit in front of a computer all friggin day.

Which is the better place to reside at this moment? Let’s put the metrics aside and touch on a recent incident in Simcoe Ontario, in which police ran down a mother who dropped off her kids at her mother’s while she went grocery shopping only to be ratted out to the cops by the neighbors for ‘having a party’. She got an $800 ticket for what I don’t know and the informers were thanked I guess. On that revelation alone I will go with Miami because that shit would never happen here. Police have better things to do with their lives…and deaths. Last week, two FBI agents were killed during a raid on a Fort Lauderdale condo while trying to serve warrants on a child abuser. No, South Florida is far from perfect.

I’m also surprised that a lot of my friends, many with graduate degrees and some facility in the area of critical thinking, have bought into the fear mongering of the media and the government. Their silence is tacit approval of the ratty behaviour in Simcoe. They spend most of their waking moments cowering in a fetal cringe in the back of their new ‘safe room’ hoping that the lamb’s blood they smeared on their doorpost will keep the Angel of Death away. They are routinely paralyzed by the news that a cousin of a friend’s brother-in-law almost got it because someone in his book club in Phoenix knew someone who had a test that was positive but then it proved to be false. Whew. Talk about a near miss.

This extends to our generation’s children, many of whom are denying their parents entrance to their homes and access to their grandchildren because of the above paranoia built on stats that support none of this behaviour. Toronto has lost about 3,000 people to COVID over ten months. Do the math and then realize that the vast majority were over 80 with compromised immune systems. Again, Dougie Ford is blaming everybody else for his government playing slumlord at the province’s retirement and nursing homes. No accountability.

Here’s my point. I think its starting to set in that this little episode is turning into a mini-series that you can’t binge. It’s clear that the Americans will be past this by the end of the year or will be within a couple of plays of the goal line. With every passing day you will see the inoculation stats diverge between Canada and the U.S. And for us in our 60s, late 60s personally, we don’t have years to wait this out. We can’t sit at home, check in on the rolling lockdowns, and trust our last good years in the hands of people who don’t give a shit because they are getting paid win, lose or draw.

My friend ‘Binny” counselled me years ago when a relationship was on its last legs and asked me if I had “controlled the narrative.” I hadn’t and it cost me. My coming to Florida was not about sun, surf and sushi. Well maybe a little. You can’t put a price on the healing powers of putting your ass in the sand. What it was really about was self-determination and, yes, writing my own script while I can.

Mark my words, it will be a long time before any spectators will be at a Leaf game, or a movie. How about live theatre? I don’t think the Canadian Football League will survive this. The Toronto International Film Festival is toast. My yearly trips to the CNE with my brother are over. You indoors at a restaurant? Heaven forbid. All for your “safety”.

So lock me up at the Hotel Rwanda when I come back. Submit me to ridicule by the Pod People. I don’t care. Life is short.

I’m repeating myself here but Pink Floyd said it best in Wish You Here, “Did you exchange a walk on part in the war, for a lead role in a cage?”

Read More
This installment was on permanent hold until I ran across a recentish commercial for Match.com. In earlier installments, the courtesy reads from friends all came back with comments about the tone and somewhat caustic edge. Writing can be, as I have said, cathartic.
Read More
6
0
0 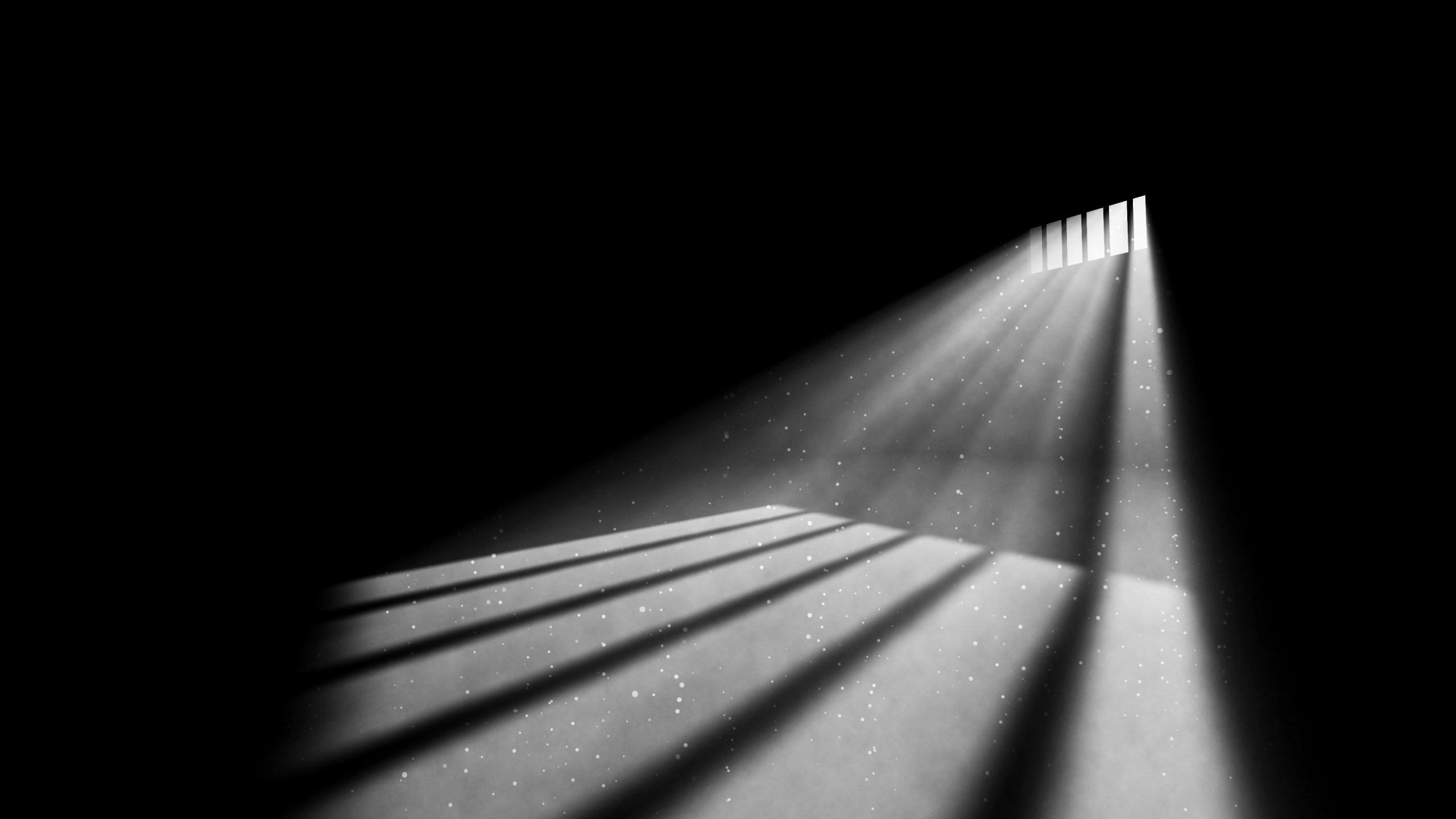 Read More
The morning sun in Miami Beach was hot, Cool Hand Luke work gang hot. I was into the metaphor so I asked the woman driving the Uber to the Con Air hangar to soap up and slap herself up against the windshield. There was a big tip in it for her. Told her I was going upstate for a bid. She wasn’t into it and forced me out of the car at gunpoint. Forgot about the Stand Your Ground and Open Carry laws in Florida. She screamed something to me in Spanish about my plummeting passenger rating but I didn’t care. I was going away. For a long time.
Read More
0
0
0